18100 was originally ordered by the GWR in 1940’s, but construction was delayed due to World War II. This prototype mainline gas turbine locomotive was eventually built for British Railways in 1951 by Metropolitan Vickers, Manchester.  It spent its working life on the Western Region, operating express passenger services from London Paddington.  It was of Co-Co wheel arrangement and its gas turbine was rated at 3000 hp.  It had a maximum speed of 90 mph and weighed 129.5 tons.  It was painted in BR black livery, with a silver stripe around the middle of the body and silver numbers.  In early 1958 it was withdrawn from operation and was stored at Swindon Works, before it was returned to Metropolitan Vickers for conversion to the prototype 25kV AC electric locomotive E1000 (Class 80). 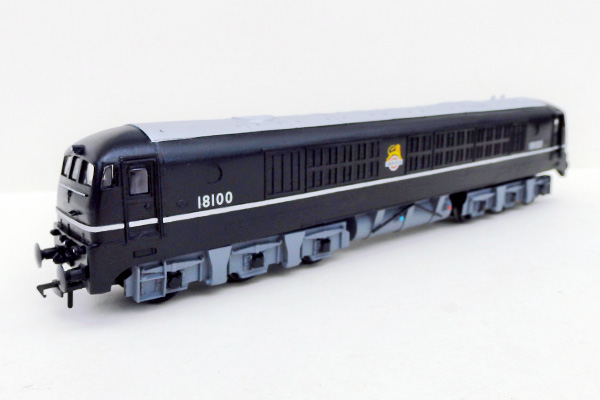