RDB 975385 Laboratory 9 Hydra was the sole survivor of the Class 129 single-car Diesel Multiple Unit built in 1955 for British Rail. Only three were built by Cravens and were introduced in 1958. Like the Class 128, it was built for parcels traffic. M55997 survived into departmental service being named ‘Hydra’ and was converted as a test bed for hydrostatic drive in 1980. The driving ends of a Class 129 car bore a visible similarity to that of the British Rail Class 105.

It was fitted hydrostatic transmission having the normal Leyland 680 six cylinder engine driving two Rexroth Hydromatic axial piston pumps. Each pump supplied fluid to a Volvo fixed displacement compact axle-end motor which drove the axle directly. The maximum system pressure was in the order of 400 bar. This arrangement was only fitted to one bogie, the other one retaining its normal drive but with the cardan shaft disconnected. The unit was finally scrapped by Vic Berry at Leicester. 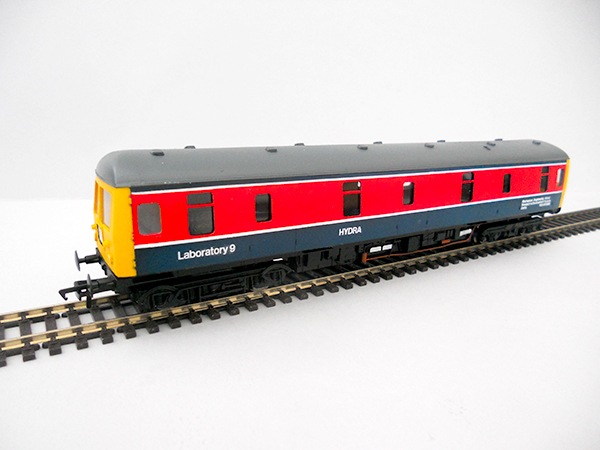